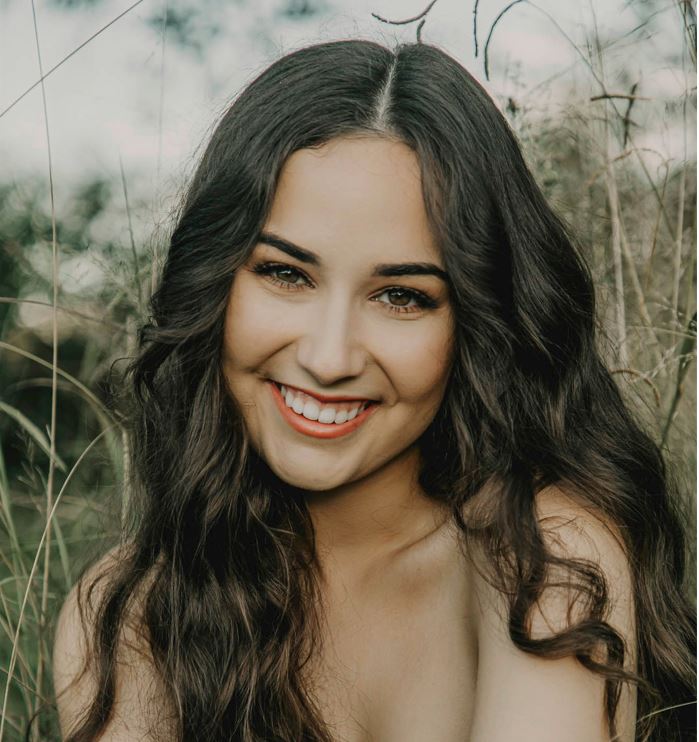 When Madonna grew up, she was exhausted every morning with no energy and “It never felt normal.” Here’s her story…

Madonna works as a receptionist at the Ozone Clinic in Sydney and she says she’s spent her whole life waking up each morning “feeling like a truck had hit me” and that she had “no energy, no matter how long I slept or how good I ate.”

She remembers her mother saying to her she would get better: “’Oh you need to just stay in routine, and it’ll happen to you one day,’ but it never did.”

Purely by lucky coincidence, Madonna – who’s now 23 – moved down to Sydney from Queensland late last year and she answered an ad for a receptionist at the Ozone Clinic. It wasn’t until she started work there that she realised, the treatments at this clinic might be able to help her feel better.

As she says: “I came to work at the clinic here and Dr Dulitsky explained to me a lot of details about how bacteria and cells can create a lot of the symptoms I had and so I got my blood tests done and yes, I found out I had Borrelia bacteria – and some mould as well.”

Madonna says getting this diagnosis of Lyme disease and mould has been incredibly lucky for her and she’s so glad she came to work here because it’s “…really opened my eyes to a different perspective of health.” 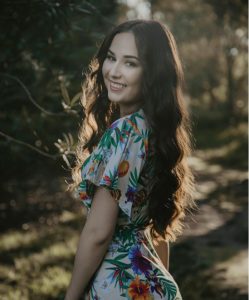 Originally, Madonna grew up in Rockhampton in rural Queensland and then later she moved to Brisbane. She met her partner and he was living in Sydney at the time. She says: “Somebody had to move and it was me.”

Looking at her history, Madonna says her mother has always suffered with some chronic health issues so these were probably passed on to her at birth.

“Yes,” Madonna says, “I honestly think if my mother did some tests here at the clinic, she would have the exact same bacteria as me or perhaps slightly different – because she’s had the same symptoms her whole life too. She’s got chronic fatigue and an auto immune disease called Ulcerative Colitis.”

When you have a chronic health condition as Madonna did, getting to school or work each day can be one of the hardest things to achieve. Madonna agrees saying it was pretty hard for her: “Yeah, school never really got easier, no matter what routine I tried to follow, it just never helped. The mornings were just so terrible, and it didn’t matter how long I’d slept in for or how little sleep I had had, it was just always the same.”

High school only made it more difficult and Madonna says she was constantly tired and had no energy left for social events, so this made it very hard for her as a teenager.

While her symptoms showed she had some form of chronic fatigue syndrome (CFS), because Madonna grew up in rural Queensland, there was very little known about these conditions and she says “… it was just made out to be normal. People sort of felt it was normal to feel tired in the morning. But for me it was a bit different to that.”

The other argument often thrown at her was that it was ‘all in her head’ and Madonna says she had her fair share of people tell her this as well.

“They’d say to me – ‘Just change your mind,’ but really – you know what you’re feeling and you know when you’re not feeling that great,” she says.

“It never felt normal,” she adds.

Treatment at the Ozone Clinic is helping

These days, Madonna is working at the Ozone Clinic and she’s now availing herself of some of the treatments the clinic has for her conditions. At first she did an intensive round of Intravenous Ozone Therapy for a week and now she’s doing these two to three times per week.

She’s finding these treatments are helping her feel much better. As she says: “Honestly, it just makes me feel how I feel a normal person should feel energetic-wise. I just have much better energy levels all day and it seems to last as well.”

Before doing these treatments, Madonna would have finished work or school and come home and crashed exhausted in her bed. But these days, she has more energy to do other social things after work.

“It was hard to work sometimes when I wasn’t well because at the end of the day, I’d have no energy to do anything,” she says. “I ended up spending the weekend not being able to get up and go like I would really want to.”

“I’d always be aware that I should rest so I could be certain I’d be able to get to work for the following week and last the days out,” she adds.

When asked if she thought about going to university, Madonna agrees she did but it would have been a long haul for her to complete a degree: “I actually have thought about that,” she says, “… and I do think studying was quite hard for me. I did have good grades in school but it was hard for me to apply myself and have the energy level to keep up with being on top of everything, so it just wasn’t something I thought I would be capable of with how I was feeling at the time.”

Now that she’s feeling so much better, she says she feels her grades at school could have been even better – “… if I had the energy levels I have now – definitely,” she agrees.

Working at the Ozone Clinic was “meant to be”

When she looks back, starting work at the Ozone Clinic a few months ago was fortuitous for Madonna. As she says: “It was really meant to be.” In fact Madonna’s feeling so good now, she’s pursuing her love of acting and has already done some work as an extra in some TV series and some commercials. She says she’s so glad she found the Ozone Clinic and was able to learn more about how to change her health for the better.

Most other working environments wouldn’t have understood Madonna’s chronic health conditions – Lyme disease and mould – and she says these types of conditions are not generally talked about. “They’re just kind of brushed under the carpet and you’re just told to get on with it,” she adds.

As Madonna says: “There are celebrities overseas who post on their social media about how they’re coping and yet, it’s still not recognised here, which is strange.”

While Lyme disease is actually quite common here in Australia, the medical profession here has stated it’s not an illness which occurs in Australia. Yet the statistics show otherwise. Take a look at these numbers, republished from the Lyme Disease Association of Australia’s website:

If Australia were to use a similar prevalence rate to that reported in the US, over the past 20 years there may be up to 496,153 [1] Australians who’ve acquired Australian Lyme. In 2019, that equates to almost 24,000 cases annually.

This is more cases than breast cancer and 20 times more than the reported cases of HIV/AIDS and multiple sclerosis (MS). These numbers likely underestimate the true incidence of Lyme and associated illness in Australia given a lack of appropriately trained medical practitioners, and unreliable diagnostics.

Overseas, in places like America and Canada – Lyme disease is one of the fastest growing diseases there is. These statistics, republished from the US Centers for Disease Control and Prevention website state:

Each year, approximately 30,000 cases of Lyme disease are reported to CDC by state health departments and the District of Columbia. However, this number does not reflect every case of Lyme disease that is diagnosed in the United States every year. Standard national surveillance is only one way that public health officials can track where a disease is occurring and with what frequency. Recent estimates using other methods suggest that approximately 476,000 people may get Lyme disease each year in the United States.

But these days, since doing her treatments at the Ozone Clinic, Madonna is looking forward to changing her lifestyle a lot and seeing just how much she can do: “I’m excited to get back to the gym with more energy and to be able to maintain a healthy lifestyle really,” she adds.

To contact the Ozone Clinic in Castle Hill, Sydney, call on (02) 9188 8599 and ask to make a time for your free consultation. Or email the clinic on info@ozoneclinic.com.au