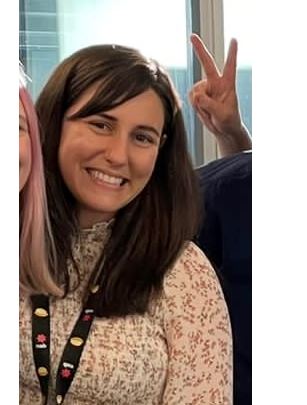 Elli Duke is a 32-year-old woman from Sydney who’s spent the last seven years of her life recovering from a chronic illness. When she first came down with the illness, she was so sick she often found herself having trouble breathing and she couldn’t walk from her home to the train station down the road. But these days, after treatments at The Ozone Clinic in Castle Hill, Elli’s walking 10 kilometres at a time for fitness and working full time. She told us how she did it.

Elli’s illness started when she was travelling in India with a friend from church in 2015 and they both became sick. She says later on when she knew they’d somehow contracted Lyme disease, she did some research and found there’d been a Lyme outbreak in India at the same time they’d been there – in the same area near Kerala.

“It was around the end of 2013 and the start of 2014 in Kerala. They had an outbreak there. I started feeling very unwell and so I came back home. Then I had a few stressful events going on including getting fired from my job and then, my husband – who was just my partner at the time – got deployed away from where we were living and we had just bought a house,” says Elli.

“So, I was like extremely stressed but I still didn’t get sick straight away. I was pretty depressed and then one night, I woke up – I’d gone to bed at 4:00pm in the afternoon because I was just so tired for some reason and I couldn’t stay awake,” she adds.

“I put myself to bed and I had the air conditioning on because it was so hot and I woke up about maybe nine at night and I just wasn’t breathing and I couldn’t get myself to breathe! No matter what I did, I kept falling over and I couldn’t work out what was going on.”

“I was like, maybe it’s just in my head? So, I kept trying to breathe but nothing I did would get enough oxygen in. I was pretty brave back then – I didn’t have much anxiety about it then – so I just drove all the way to my parents’ house because I had no inhaler and I was literally suffocating the whole way there.”

“My parents gave me an inhaler and put me over steam and I had a paper bag to use. They laid me on my stomach and I got better, but this problem with breathing just kept happening more and more frequently. I would have these breathing episodes.

“After a while, I was diagnosed with COPD. (Chronic Obstructive Pulmonary Disease) and I went to a lung specialist.  They were like – ‘Oh, you have COPD and you’re going to die,’ you know, and I was like, great cool, how fantastic.”

Luckily, Elli took the time to see another lung specialist and this time they said she didn’t have COPD: “He was like, no, you’ve got a bit of air tracking in your lungs but you don’t have COPD and you’re not going to die.”

“So that was exciting but I got diagnosed with just about everything else over the next three years. We moved to Queensland and I had no energy, basically -ever. I was constantly sick and I was losing weight. Like weight was just falling off me and I was eating like a pig. If I ate like that now, I’d get super fat but back then, it just kept going off. That was the only thing I liked about it at the time,” she adds.

“Eventually we moved to Sydney. Everyone had been telling me I had mental problems so eventually I went on antidepressants – Valium and all these puffers and steroids. And then, in 2018 I was referred to Dr Dulitsky PhD MD (Ru) at The Ozone Clinic by my psychiatrist.”

Elli’s psychiatrist was surprised no-one seemed to believe her

When Elli told her psychiatrist how she felt, he kept saying to her that she sounded like she was actually really sick. He said he was surprised no-one seemed to be worried about her actual physical illness:

“I would say to him I feel really ill and like I’m a hundred years old and I’m going to die soon,” said Elli. “He’d say – well we have to do something about this! He referred me to Dr Dulitsky PhD MD (Ru) at The Ozone Clinic and thank God because after three years of just searching for something to help me and just accepting there was something mentally wrong with me, I finally found someone who could help me get better.”

Elli says over the years that she’s been unwell, a large number of people have assumed her illness is ‘all in her head’ and she’s just had to learn to live with this: “People do lay this kind of a number on you because you’re sick and they just don’t know what to do with you. After a while, you don’t trust the people around you very much because not even your family believes you.

“Even when I got diagnosed with Lyme disease, my mother-in-law was telling my husband that this is all poppycock and I probably don’t have anything. She used to say I was just a bit ‘cooked in the head.’ When I found The Ozone Clinic, she thought I’d just found something to – you know – alleviate my stress.”

“Often, you tell your friends and you know they’re thinking to themselves, ‘Yeah, right, as if that’s all true.’ There’s really no point in telling people because they don’t get it,“ Elli adds.

“Lyme is always a combination of things – a lot of events and things – it tends not to be just Lyme. Dr Dulitsky PhD MD (Ru) was saying to me when I first saw him, that I basically have the body of an 80-year-old. I felt incredibly sick – like I was dead or I was dying – but I just couldn’t explain it. But when he said that to me, I was like – Yes! Yes! Yes! That’s it!”

At The Ozone Clinic, Elli did some Advanced Blood Analysis tests with Dr Dulitsky PhD MD (Ru), she found out she had Borrelia but she also had a lot of viruses as well including Bartonella.

“So, I had a massive concoction of bacteria and fungus-like Candida,” Elli adds.

To treat this, Elli did a series of Xenon treatments with Dr Dulitsky PhD MD (Ru) at The Ozone Clinic in Castle Hill. She says: “I found that to be so helpful and I got better over a very, very long period of time. So, it’s taken me three years to get to this point now and I’ve come off my antidepressants and all that stuff – and that in itself has been hell on earth! But I wouldn’t have been put on them if I’d been diagnosed earlier.”

Before she did the treatment for her Lyme-like illness, Elli was forcing herself out of bed every day and then forcing herself onto the train. Then she’d collapse into bed at night. Her husband told her she was like an old lady and he couldn’t wait until she got all your energy back.

Xenon gas treatments proved to be a winning formula

Luckily, she did get her energy back after she started doing Xenon treatments at The Ozone Clinic: “In the beginning, I went to have a Xenon treatment every week then I then I cut it back to every fortnight. I did it so slowly and gave myself a good amount of time to rebuild. I think there’s something to that because it worked for me,” says Elli.

“I was clean of everything else – I was off all other medications and it was like Xenon is my thing and nothing else. If I can pinpoint what made me better it would be when I started doing that.

When she first became ill, Elli couldn’t walk to the train stop which was only 600 metres away from her house. She says, when she’d get on the train, it would rattle all the rest of the energy out of her so by the time she got off the train, she’d need to sit down every few metres to catch her breath.

But by the time she went on her honeymoon with her husband – only three months after starting Xenon treatment – she could walk three kilometres at a time. She noticed she was getting better although she knew she still had to be careful. But as she says: “I mean walking three kilometres – I felt like I was a champion you know?”

Elli adds: “Now, my red blood cells are still a little bit wonky shaped and I have a little bit of anaemia. But at least I know when I have a bit of exhaustion now, it’s because of that. Not because of the Lyme or anything because the Borrelia seems to be gone now.”

Ellis says she did one Xenon treatment a week for some months and then cut down to one each fortnight for a few months.

“Before I did that steady treatment, I’d been let go of again at my old job because I just couldn’t concentrate. I was making mistakes left, right and centre. So, I sort of had to get better. We had no second income and, you know, we’re trying to pay for our house and all that as well. We didn’t want to lose our house,” she adds.

Elli says she can do most of the things she needs to and she feels so much better: “Yeah, I can walk. I can work full-time. I can walk the dogs – I was doing 10 kilometres every few days for a while there and stuff like that. But just the same, I still have to be careful but I know myself enough now to know where my limit is and not to push it. That’s the one thing it’s taught me I suppose, is you can’t overdo it and I don’t think anyone can.

“It would have been a lot more difficult without the Xenon. I would have just sort of given up, honestly,” she adds.

Could Your Chronic Illness Be Due To Mould?