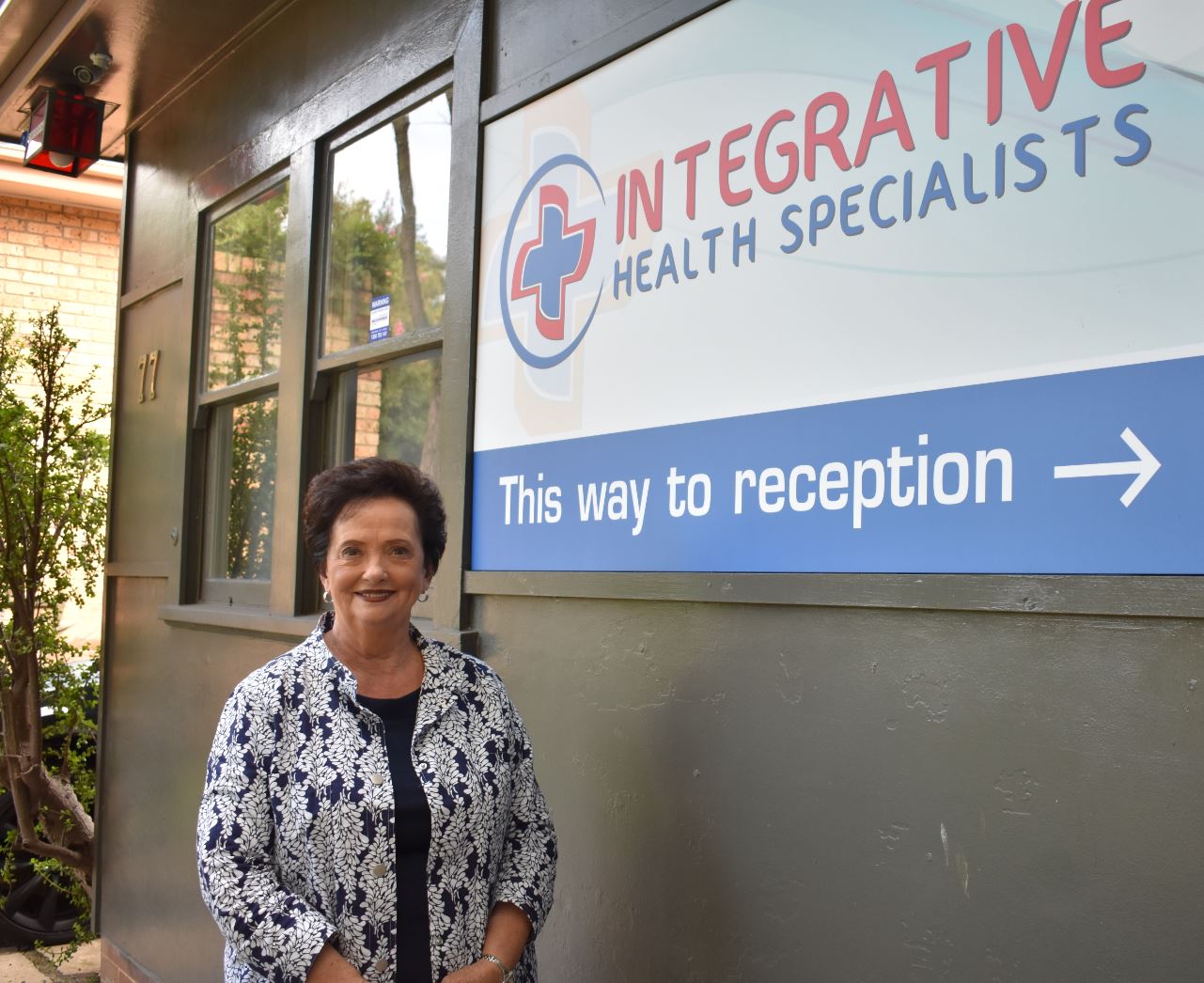 Barbara Brenden-Cook has suffered from congestion on her lungs since she was very young and it wasn’t until she came to the Ozone Clinic in Sydney that she was able to get help so her breathing became easier and she could stop taking medication.

Barbara’s problems started when she was only 18-months-old. She was very sick and doctors had to take out her adenoids and tonsils. After this, when she was four years old, she caught the measles and from then on, she had difficulties with her breathing.

“I had a lot of sinus and bronchial problems as well,” she adds. “Of course, in those days there weren’t any antibiotics to help you with bronchitis so it was difficult.”

Barbara managed to get by until she was 22 but at this time, she developed broncho-pneumonia, empyema and one of her lungs collapsed.

“I had one of my lungs drained and I’ve still got to watch that congestion doesn’t build up in my lungs,” she says. “At 27, I had to have my tonsils out a second time because they grew back! So, I’ve just sort of, you know, had to watch, watch myself all the time,” Barbara adds.

Treatment at the Ozone Clinic restored her health

When Barbara came to the Ozone Clinic in Castle Hill, Sydney, she saw Dr Dulitsky PhD MD (Ru) for a free consultation. She was still often quite ill with a lot of congestion in her lungs all the time.

“I had tried everything I could to help with my congestion but nothing did,” she says. “I used to do postural drainage but that can be difficult. It was a matter of keeping my chest clear and through winter, I just wasn’t coping. I was just sickly a lot of the time.”

After seeing Dr Dulitsky PhD MD (Ru), Barbara started using a machine called Breathe Easy which they used at the clinic for Barbara’s condition. The clinicians would place special drops in the machine and then Barbara would breathe the fumes.

“And you breathe the fumes in, you can feel you’re getting the benefit of it,” she adds. “It just seems to keep your membranes in your lungs clearer – a lot clearer. So, I didn’t have as much congestion and I didn’t need to take antibiotics like I used to.”

No need for antibiotics now

Prior to coming to the Ozone Clinic and using the Breathe Easy machine, Barbara had been taking “probably five courses” of antibiotics a year.

“And now I haven’t had a course of antibiotics for over a year now,” she adds.

At first Barbara used to need to use the Breathe Easy machine every day but now she only needs to use it once a week.

These days, Barbara she looks the picture of good health and she says she feels so much better now that she’s been using the machine. She has even started working at the Ozone Clinic as a Receptionist and is enjoying her work a great deal.

“I’m not asthmatic at all now. I don’t get short of breath. Just by using that machine I’ve sort of been given a whole new way of living. And I don’t have to take antibiotics,” she says.

“By using the machine, it’s helped me keep my congestion down. And I can just breathe so much easier,” she adds.

Before coming to the Ozone Clinic, Barbara says: “I just couldn’t conquer it, you know what I mean? I just wasn’t well. I was still working and whatnot but I needed antibiotics all the time. But since I’ve been using the machine, I’ve been a heck of a lot better!”

You can call The Ozone Clinic Australia on (02) 9158 0555 and book in for a free consultation. Or email us at info@ozoneclinic.com.au