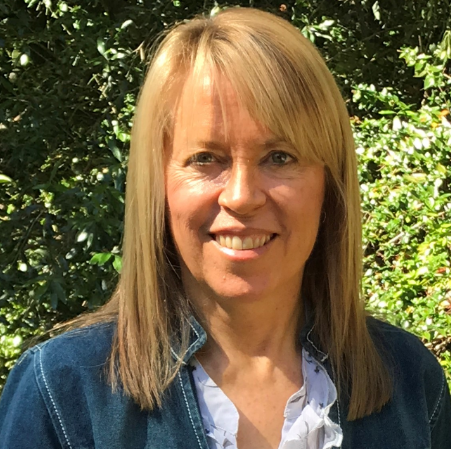 Babesia is a disease caused by tiny parasites which infect your red blood cells. It’s very much like malaria and they have similar symptoms such as fever and malaise. It’s not easy to get rid of either Babesia or malaria – and I should know. I contracted Babesia on top of a pre-existing Lyme infection, six years ago.

I was bitten by a nymph tick which was very hard to see without a microscope. But it was there and I found it after it had bitten me. I’d already been to St Georg Klinik in Germany the year before for Hypothermia treatment for the Lyme infection and this treatment had worked well because I’d caught it early.

But my immune system was still down, over-burdened by too many toxins including mould. So, a couple of weeks after this more recent nymph tick bite, I started waking up during the night with sweat trickling down my chest and in the morning my eyes would be bulging. I soon learned – these are symptoms of Babesia.

This began a long and slow journey where I tried everything I could to get rid of the Babesia – or the Babesia microti, as the intracellular parasite of erythrocytes is called.

Yes, I tried everything. Firstly, I went back to the St George Klinik in Germany and had more treatment, including another round of Hypothermia. I came back to Australia but within a few months, although I felt much better on some levels, I could still feel the presence of the Babesia microti and my symptoms resumed.

After my trip to Germany, I did a lot more detoxing including far-red infrared saunas and ionic foot spas. I watched my diet carefully, only eating the best organic foods. I took pharmaceutical drugs such as Malarone – a treatment for malaria. I even make my own liposomal herbs with Cryptolepsis and took these morning and night.

But I would still wake up with night sweats, chills, muscle aches and abdominal pain. My eyes were still bulging in the morning.

Then, in late 2017 I heard about a place called the Ozone Clinic in Castle Hill, Sydney. I had heard a lot about ozone treatments in Greece and I’d always thought ozone had a lot of potential, so I went out to see what they could do at this clinic.

I had a free consultation with Dr Dulitsky PhD MD (Ru) and he told me about the Wellness Navigator test he’d like me to take. He said after this we would do some Advanced Blood Analysis and have a look at what treatment I needed.

I did the Wellness Navigator test and it showed I had a lot of issues in many parts of my body including my liver, kidneys, gut and my blood. This was as I had expected but when I saw the results of the Advanced Blood Analysis which is very much like live blood tests – I was really shocked. There were all sorts of things floating around in my blood!

Dr Dulitsky PhD MD (Ru) went through the blood tests with me and he pointed out what he thought could be mould, what looked like Babesia microti within the blood cells and some other bacteria including Bartonella. My blood cells were in erratic shapes and Dr Dulitsky said this is a sign they’re infected. If someone has no bacteria infections their blood cells are usually round.

Dr Dulitsky PhD MD (Ru) recommended I did a series of Xenon treatments where I would breathe in Xenon gas for 15 minutes. He stressed it’s important to do two Xenon treatments within 48 hours of each other. The Xenon is intracellular so it cleans the blood by cleaning inside the blood cells. Because Babesia microti live within the red blood cells, this means the Xenon is extremely effective at killing the Babesia as it cleans out the cells.

But another part of the treatment is the addition of ozone as well. This can be administered as an IV or rectally. Russian studies have shown it’s the combination of the ozone and the xenon which is the most effective treatment (see Dr Dulitsky’s full presentation on this here).

Dr Dulitsky PhD MD (Ru) has the research to back up why this treatment of ozone and xenon works. He presented on this very topic at the ILADS Conference in Boston in 2019 – the largest Lyme disease conference in the world.

The title of his presentation was: ‘The Combined Effect of Ozone + Xenon against Lyme Disease.’ See the full presentation here from Dr Dulitsky PhD MD (Ru).

The study was carried out by the Krasnoyarsky State University in Russia and it found:

So, knowing the results of this study, it’s far better to do both the ozone and xenon treatments for Babesiosis. I had rectal ozone once a week for six weeks and then I did four xenon treatments over this six-week period.

The entire six weeks I had no symptoms of Babesiosis and I felt much better. Of course, I wanted to see if this would hold and it did. Even now, two years later, I have no Babesia symptoms at all. I’ve done the Advanced Blood Analysis twice since the treatment and it’s come up looking much different.

Both of these blood tests show no sign of Babesia. My blood cells are mostly round and not irregularly shaped. There is also far less mould floating around in my blood and this could be because both xenon and ozone are effective at cleaning out mould from the blood.

If you’re experiencing symptoms which could be a Lyme-like illness – or Babesiosis – it’s worth doing some Advanced Blood Analysis at the Ozone Clinic in Castle Hill, Sydney, to see what is affecting your blood. Then you can treat whatever infection you have with the appropriate treatments.

It’s such a relief that we have alternative treatments to these chronic infections of our blood because we need new solutions. There are millions of people all over the world with chronic Lyme disease and co-infections and the western medicine solution of antibiotics has been shown not to work in most cases – and to make the conditions worse in many other cases.

Not only does this new treatment of ozone and xenon work effectively at treating chronic infections, this treatment has been seen to help get rid of intracellular parasites, biofilm, mould, fungus, bacteria and viruses. The overall detoxifying effect of the treatment helps with general recovery.