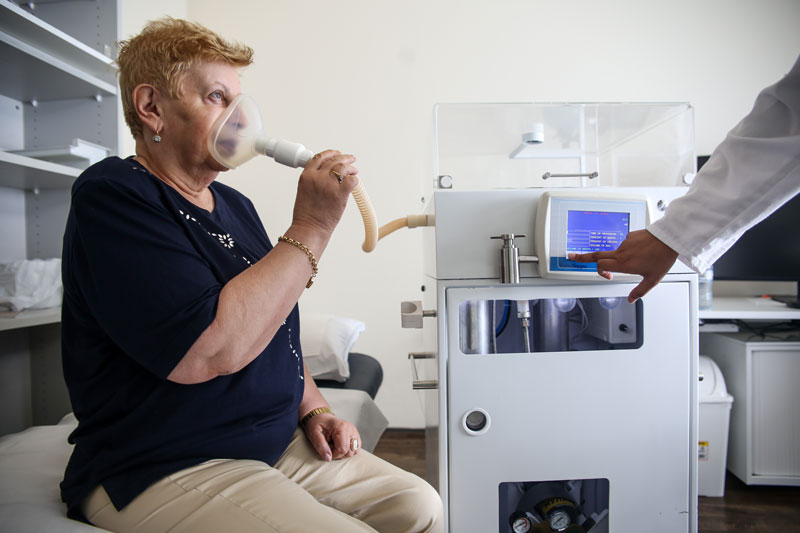 How Does Xenon Therapy Work?

While there were a lot of studies dedicated to understanding the anaesthetic effects of Xenon, the mechanisms of xenon therapeutic effects have been poorly studied so far. However there are number of ways the Xenon can influence our organism:

According to the Russian Neurologist Dr Edward Dulitsky (PhD in Medicine) and Ukrainian Biophysicist Professor Eugenii Nazarov (PhD in biophysics, PhD in biochemistry) Xenon gas acts as super-adaptogen, triggering Adaptational Shifts and originating a powerful cascade of self-regulating biological reactions that allows our body to override and reset some of its malfunctioning systems. In simple words Xenon enhances our body’s natural healing and regenerative abilities.

As can be seen from the Diagram, one of the consequences of NMDA receptor activation is an increase in the intracellular concentrations of calcium, which plays the central role in the development of cell damage during hypoxia. Probably, the inhibitory effect of xenon atoms on this or other Ca2+-dependent receptors is explained by the dependence of xenon organo-protective efficiency on the calcium concentration in the extracellular environment.

Research suggests that breathing xenon boosts the body’s production of a protein known as HIF1 Alpha (HIF1A). If you’d like to learn more about HIF1A and how it works you can read these articles we published last year, but the simplified version is that HIF1A seems to act by stimulating the production of other compounds in the body, including EPO.

As a quick reminder, EPO is a hormone that regulates the body’s production of red blood cells. Stimulate the production of EPO and you get more red blood cells; get more red blood cells and you increase the blood’s ability to transport oxygen around the body. An increased ability to transport oxygen may theoretically lead to an increase in athletic performance, particularly when we’re talking about high endurance sports such as competitive cycling. (read more about how EPO works).

While much research has been done on xenon gas and its use as an anaesthetic, little has been done on its ability to improve athletic performance. But in Russia there are those that swear by xenon and its benefits for endurance athletes.

The 2010 ZAO Atom-Med Center presentation mentioned above cites research which tested the athletic performance of a number of professional athletes pre- and post-xenon use, including the use of placebos in the case of some athletes. The research reportedly showed that MedXenon, a brand of xenon gas mixture owned by the ZAO Atom-Med Center, works within just five minutes of application and has a lasting effect of up to 80 hours.

While it’s difficult to assess how rigorous the research testing is in this case — particularly given the product being tested is owned by the agency involved in manufacturing and selling it — the Russian government both acknowledges the work being done at ZAO Atom-Med Center and has supported the use of xenon for Russian athletes. Indeed, a document created in 2010 by the Russian State Research Institute of the Ministry of Defence includes the following paragraph (translated from the original Russian) about how best to administer xenon to athletes:

The inhalation can be administered as a single dose or over multiple doses (stages), depending on duration of physical exertion. Inhalation performed over multiple stages is found to be more effective. The effects of the inhalation are apparent over 48-72 hours following the procedure and diminish thereafter.

According to the Russian Scientists some of the therapeutic effect of Xenon is based on restructuring effect of Xenon on water molecules and creation of Xenon clathrates. The interaction of xenon clathrates with the biologically important molecules of the lipids and proteins can cause dramatic changes in their physico-chemical characteristics.

The restructuring of water molecules in our body causes changes in electro-magnetic field in our cells which lead to powerful healing and regeneration.

There is evidence that xenon dissolved in the water can have neurogenic and metabolic effects in the body after oral administration [139]. The authors showed that drinking water saturated with xenon under the water normal atmospheric pressure in an amount of 0.05% of the body weight (about 2 cups) causes a statistically significant decrease in Stress Index from 26.71 + 6.4 to 17.14 + 2.7 indicating a diminution in the stress of the resting regulation systems. Stress Index is calculated on the basis of the heart rate variability analysis.