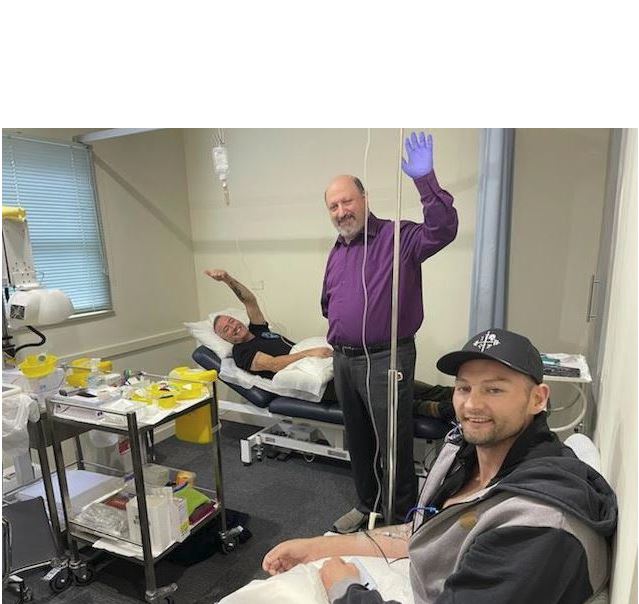 Anthony Field – The Blue Wiggle – has showed us how generous he is by removing his name from every track on the latest Wiggles album, called Lullabies with Love, and donating all of his royalties to his friend – war veteran, Brendan Nikolajew – who is battling terminal cancer.

An army-many himself before he went into the entertainment industry, Field was talking with Tom Wilson from Sense Music Media this week and confirmed he’s taken his name off every track of The Wiggles upcoming album and replaced it with Brendan’s which means all the co-writing royalties for this release will go directly to support Nikolajew’s wife and young family.

With some of the money he’s already helped out his friend with, Nikolajew and Field went to The Ozone Clinic in Castle Hill in Sydney, and both had treatments. Field has been recovering from a Lyme-like illness for some time and over the past couple of years, he’s received a number of treatments from Dr Dulitsky PhD MD (RU) at The Ozone Clinic.

The royalties from the new album will give money to Nikolajew’s wife and family for a few years: “Every so often, they’ll get some money, which will be really great,” Field added.

Nikolajew, 29, fought for Australia as an artilleryman in Afghanistan, and has recovered from testicular cancer three times over the past two years.

But late last year, Nikolajew received the devastating news that his cancer had spread, with doctors estimating he had six to 12 months to live.

Determined to battle on through this and turn it around, Nikolajew now has a GoFundMe page and on it he says: “I want to win, I want to live and I’m going to give it my all, I was given days to live and I now feel with all the support and self belief, I can win.’

You can help Nikolajew ease the financial burden on his young family by donating to his GoFundMe page which has so far raised $120,999 in donations.

For more information about The Ozone Clinic visit here.

Why Advanced Blood Analysis is Such a Valuable Tool