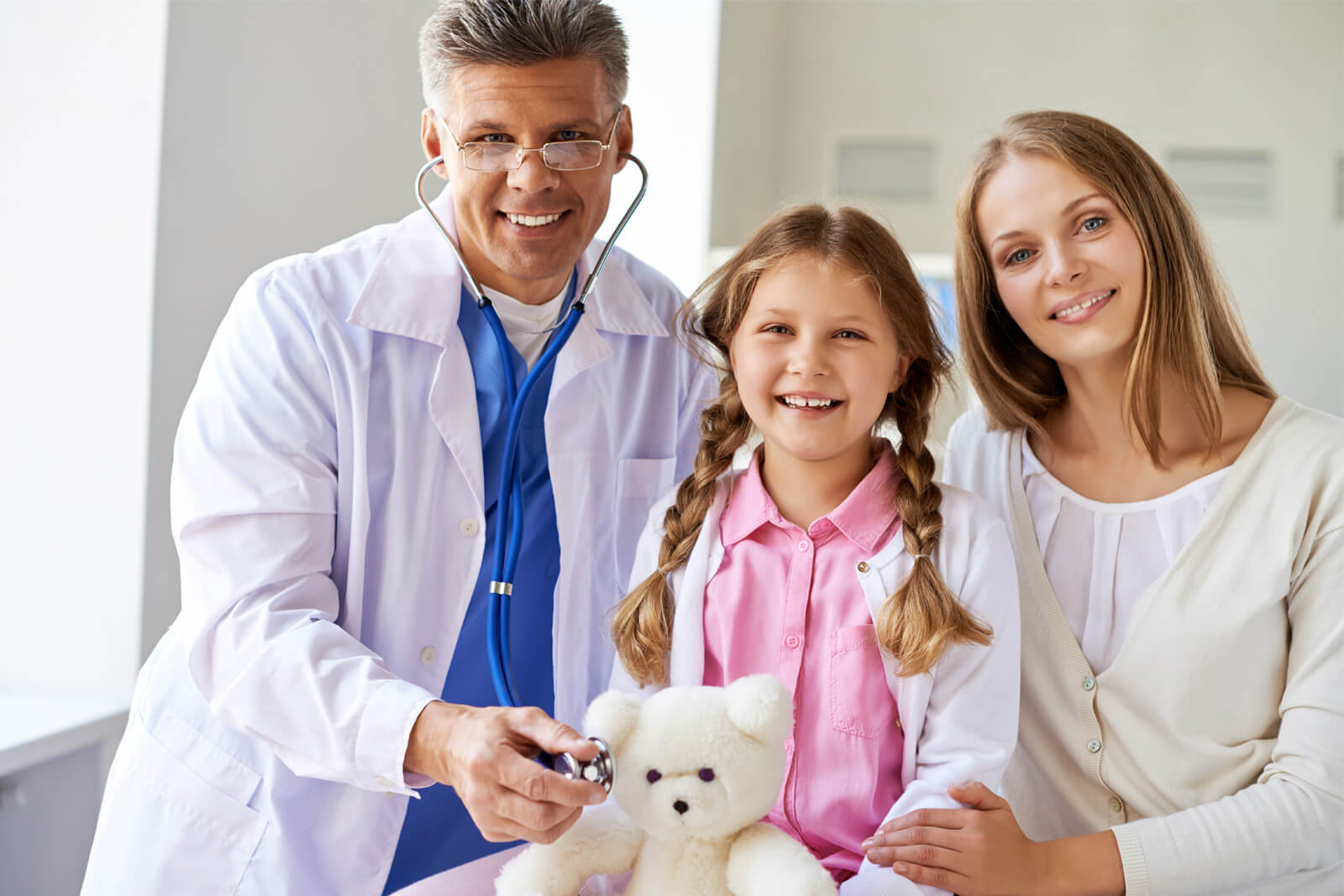 How Does Ozone Therapy Work?

Once introduced into the body, ozone does 5 main things:

The Table of Biological Reactions Triggered by Ozone Therapy

How is the Medical Ozone Administered?

Ozonated Saline treatment is a form of IV ozone that was invented by Russian medical Scientists around fifty years ago. It is a systemic application of ozone, and its practice is extremely popular in Russia and Ukraine. Its efficiency is testified by the results of a high number of scientific research studies submitted at the eight Practical Scientific Conferences which took place in Russia from 1992 to 2014.57

According to Russian scientists ozonated saline solution is very effective in treatment of Chronic infections, Lyme-like conditions, cancer and many other chronic illnesses. It has very powerful antiviral, antibacterial, detoxifying and anti-inflammatory effect on entire organism.

Autohemotherapy is one of the most common and effective ways Ozone Therapy is conducted. This process involves the removal of 100-200ml of blood via a sterilized system which is then contained in a sterilized container. Once the blood is collected, ozone is injected into the container, the container and the blood are mixed together gently, allowing the red and white blood cells to take up the ozone. The ozonated blood is then returned to the body via the sterilized delivery system. The entire process takes often less than 1 hour.

This treatment was created by an Austrian gynaecologist named Dr. Johann Lahodny, and is also called the Lahodny or Zotzmann method, or Ozone High Dose Therapy or 10 pass.
This is when you are given a higher dose of ozone by way of more passes (the process of the blood being removed from the individual, mixed with ozone and reintroduced to the body) and high concentration of Ozone mix.

This procedure is relatively new and does not have yet enough proper studies to support the safety of it. It is growing quite popular in many countries however it some cases it can be quite dangerous due to the massive oxidative stress and potential damage of the red cells.

AHT minor is an immune stimulation and immune regulation therapy, comparable to «auto-vaccination».

Can be used in psoriasis, dermatitis, eczema, acne vulgaris, allergies and

furunculosis, as an adjuvant in cancer or in chronic debilitating pathologies.

EBOO at one stage was very popular in Malaysia, but was prohibited later by Malaysian medical authorities. The Malaysian equipment for EBOO was not made from ozone resistant materials which could cause contamination of the blood of the patient with some toxic substances like ftalates.

The method EBOO is an advanced variant of the Autohemotherapy (AHTmajor). The EBOO amplifies the therapeutic benefits reported of AHTmajor by treating a greater volume of blood (4 L/h) at a lower ozone concentration. The procedure EBOO represents a simultaneous oxygenation and ozonation of blood which is transferred from one vein system of the patient to a gas exchange device (GED), and then

from GED into another venous system.

Its application is strongly discouraged due to the risk of gas embolism which can occur even in the case of using a slow infusion pump and volumes of 20 mL. The complications of stroke range from a simple axillary bubbling sensation, then cough, a feeling of retrosternal weight, dizziness, to changes in vision (amblyopia), hypotensive crisis, with signs of cerebral ischemia (paresis of the members) and death. It is important to note that five patients died as a result of a gas embolism after administration of ozone by direct intravenous injection.

It ought to be kept in mind that oxygen solubility at 37 °C is only about 0.23 mL per 100 mL of plasmatic water, and therefore, venous plasma cannot dissolve oxygen quickly enough, leading to the formation of a gas embolus.

Furthermore, there is no justification to put the patient and the therapy at risk when there are other methods which are safe, have been tested and are effective, such as, Ozonated saline, major autohemotherapy, minor autohemotherapy and rectal insufflation.

Some ozone therapists claim the effectiveness of direct intravenous ozone , but neither pre-clinical or clinical trials, nor peer-reviewed publications support such claims.

These treatments are usually type of localised ozone therapy and they used for a wide range of muscular skeletal conditions like arthritis, disc problems, back pain, sport injuries, etc…. One of the unique benefits of localized ozone therapy is an autologous activation of the stem cells that turns these treatments into a variety of stem cell therapy.

As a general rule the trigger points are located in the muscles and are often deep, so the application has to be intramuscular and the volume can be between (5-10) mL depending on the anatomical place.

Ozone injections in acupuncture points can use direct gas injections or ozonated liquids. The same applies to mesotherapy and prolotherapy treatments.

This treatment is mainly used for cosmetic purposes in cellulite and skin regeneration protocols.

Insufflation in the ear is excellent for ear infections, mastoiditis; hearing problems caused by candida; tinnitus and beyond the ear to sinusitis; macular degeneration; retinitis pigmentosa; head colds; flu; bronchitis, asthma, Alzheimers; Parkinson’s and even brain cancer. Absorption of O3 through the mucous membrane is profuse. This is used in ear insufflation by which we are able to infuse the ear, inner ear and the brain with ozone which in turn attacks cancer cells, virus, bacteria and resistant fungi.

Vaginal insufflation is used for any vaginal, uterine, ovarian or lower abdominal problem, including pelvic inflammatory diseases, fibroids etc. The ozone will enter the lymph system from vaginal insufflation as well as the blood stream with rectal insufflation. When ozone is given by the vaginal route, it goes through the vagina, cervix, uterus and it leaks out from the uterus through two tubes, the fallopian tubes, through their fimbrial ends out into the abdominal cavity. Now it is free to go anywhere in all the organs namely liver, gall bladder, stomach, small intestine, large intestine, kidney, spleen, ovaries and the spine from outside-in where as the Re-circulating haemo Perfusion and I.V O3 will attack from inside-out.

According to the Professor Nazarov, one of the world leading Ozone scientists from Ukraine, there is clinical data suggesting that vaginal insufflation help to normalize female hormones and can be used as a powerful anti-aging treatment for women

Rectal Insufflation is a gentle Systemic treatment. It requires an enema before the treatment so that the rectal area and the intestines are clean and empty ready to absorb the O3 which is going to be given by rectal insufflation The Rectal insufflation of ozone is a systemic route. The gas is quickly dissolved in the luminal contents of the bowel, where mucoproteins and other secretory products with antioxidant activity readily react with ozone to produce reactive oxygen species (ROS) and lipid peroxidation products. These compounds penetrate the muscular mucosa and enter the circulation of venous and lymphatic capillaries. Rectal Insufflation can be used without risk in paediatric and elderly patients, and on patients with difficult veins’ access for Major Autohemotherapy.

Generally, this is well tolerated and allows scaling doses similar to those used by Major Autohemotherapy. It is always recommended to combine this therapy with probiotics to normalize the bacteria in the large intestines.

While  Rectal Insufflation can be used as localized therapy for colon problems such as colitis, ileitis, irritable bowel, Crohn’s disease, diverticulitis and even colon cancer, the major effect of it is Systemic and it can been used in much broader way.

Ozone is extremely toxic for respiratory system and cannot be used directly for inhalation. However it can be used in different form as hydrosol, when it is dispensed in very fine particles by using ozonised saline in a very special equipment or in the form of Ozonides  (by-product of oil ozonisation).

Dr Dulitsky has developed a unique formula that allow to dissolve the thick tenacious vicious mucus plugs and kill the bacteria hiding in them at the same time cleanse regenerate respiratory tissues and supply much needed oxygen to these patients of Bronchial Asthma, Chronic Obstructive Pulmonary disease and Lung Cancer.

The normal theory is that the more water you drink the more toxins and waste products you wash out from the body. It is the same theory that is used in ozone therapy where patient are made to drink at least 3 to 4 litres of ozonised water.

The skin is the largest organ of respiration in our body. It breathes like lungs. And this action is used in transdermal. Transdermal application of ozone has existed for many years and recently has been growing in popularity. The skin is semi – porous to oxygen and 7{e43154ce913794517af217fcab284b44cfe906ba9a1c4ba2ecde5a9be0395ec5} of respiration is transdermal.

Ozonated sauna is a powerful detoxifying procedure that can be successfully used as add on to most of the detox programs. 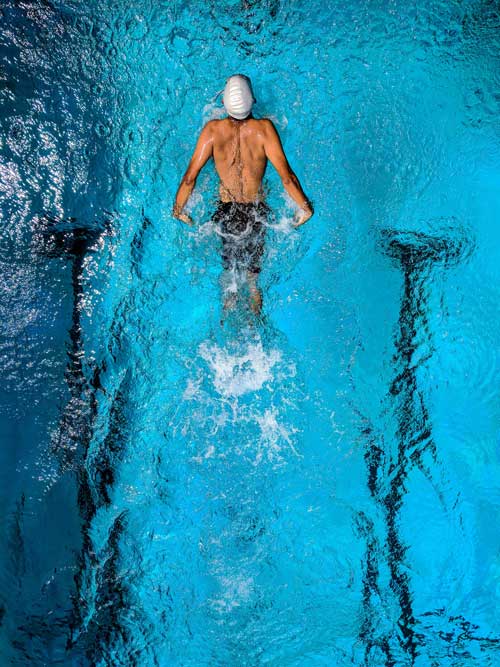 The cells function by burning sugar in oxygen to provide energy. The waste products are carbon dioxide and water. If there is insufficient oxygen at the cellular level, the cell wall function anaerobically and the waste products will be carbon monoxide and lactic acid.

The body cannot easily rid itself of monoxide and lactic acid, it prevent hemoglobin from picking up fresh oxygen, and the body temperature is lowered.  The lactic acid will build up in this system, clogging nerve signal pathways, eventually solidifying and causing degeneration and destroys the governor for cell production leading to multitudes of immature cells known as cancer cells. More oxygen is required to come in and oxidize these toxins, but if it is not available, they build up.  The blood will carry a heavy load of sludge, and toxins will be deposited in the fat and the lymph.

The water that composes the body gets dirtier and dirtier. Free radicals proliferate as toxins interfere with the normal neutralizing enzyme mechanisms for cleaning them up.  Disease is the result. The hundreds of different diseases named by allopathy (whether viral, bacterial, Protozoal, fungal, communicable, autoimmune or degenerative) are but symptoms of one underlying cause.  That cause is hypoxia, or oxygen starvation at the cellular level, leading to internal toxicity. Ozone is such a powerful therapeutic tool because it deals with the underlying cause through both oxygenation and oxidation.

Ozone taken on a regular basis will, over time, safely clean all the fluid of the body, and furnish an oxygen-rich environment for all the cells in the body, providing high levels of immunity from most of our common diseases. It helps to regenerate and rejuvenate entire organism when properly administered.

Are There Any Side Effects From Using Ozone Therapy?

Side effects from ozone therapy can vary depending on what type of treatment someone has undergone.

Ozone should not be inhaled under any circumstance. If it does go into the mouth, nose, or eyes, it can burn and cause coughing, nausea, vomiting, or headaches. More severe exposure can lead to respiratory complications.

However, most of the treatment methods can have side effects. One of the main side effects people having treatment or therapy can have is known as the Herxheimer reaction. This can make the individual have flu-like symptoms and make them feel worse in the short-term.

If ozone therapy is given, using insufflation via the rectum, the person may experience mild discomfort, cramping, and feeling as if they need to pass gas. These side effects are temporary.