“In the treatment of chronic pyelonephritis medical ozone is used as an anti-inflammatory and anti-infective agent. Although the gram-negative bacteria are less sensitive to ozone than the gram-positive ones, ozone therapy has proved to be highly effective, particularly in medical conditions where medicinal treatment fails.”(1)

“The bactericidal action of ozone involves stimulation of phagocytosis through an increase in the generation of hydrogen peroxides by leukocytes while in chronic infections no H2O2 or too little of it is formed. The influence of ozone on the lymphocytes and monocytes induces an increase in their energy properties i.e. an increase not only in the phagocytic properties, but also in the production of cytokines, in particular interleukins. The latter normalize the cellular and humoral immunity, which is disturbed in chronic pyelonephritis. It comes to the increased formation of T-killers indicating the efficiency of the cellular immunity, the optimized formation of T-helpers and T-suppressors regulating the activity of B-lymphocytes, which are responsible for synthesis of immunoglobulins.

So, by this way ozone therapy produces an immunomodulating effect. Ozone directly affects the bacteria by destroying their membrane integration owing to the oxidation of phospholipids and lipoproteins, it penetrates into the microbial cell, reacts with the substance of cytoplasm, in particular DNA, and disturbs the proliferation of bacteria. Moreover, the toxity towards the infectious agents, but not towards the patient is explained so that the bacteria have not the enzymatic antioxidant mechanisms, which are characteristic of higher organisms.” (1)

“In case of latent, lightly manifested chronic pyelonephritis ozone therapy can be used both as a monotherapy and in combination with anti-inflammatory agents.”(1)

“The antimicrobic and detoxication properties of ozone are successfully used in the treatment of acute and chronic cystitis.” (1) 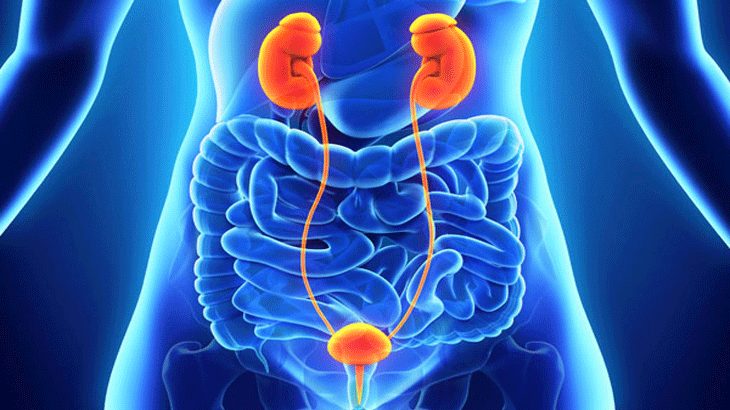 “The intravesical use of ozonated crystalloids produces a well-manifested sanative and anti-inflammatory effect by suppressing the growth or considerably decreasing the concentration (colony-forming units/ml) of enterococcus, Proteus, coli bacillus and completely eliminating dysuria disturbances.” (1)

“The intracavitary use of ozonated saline solution has proved to be particularly effective when cystitis is caused by microorganisms, which are resistant to most of available antibiotics as well as in case of long-drawn-out cystitis after the surgery on open bladder when there is a washing drainage system in the cavity (O.V. Firsov, B.V. Semenov, 1995).” (1)

“The disturbances of the secretory and excretory functions of kidneys lead to involvement of other organs and systems into the compensatory process which efficiency is insignificant. The connecting role is performed by blood system. Metabolic processes in health and disease are realized through its functions. That’s why, ozone therapy characterized by detoxication and immunocorrection ability can be successfully used in renal failure (nephrism).” (1)

“Significant improvement and normalization of the main clinical-laboratory indices were achieved thanks to the original method of daily intravenous drop-by-drop infusions of ozonated saline solution.” (1)

“So, ozone therapy is recommended for treatment of patients with renal failure incl. nephrolithiasis, aggravation of intermittent and terminal stages of chronic renal failure as a method of detoxication and immunomodulation.” (1)