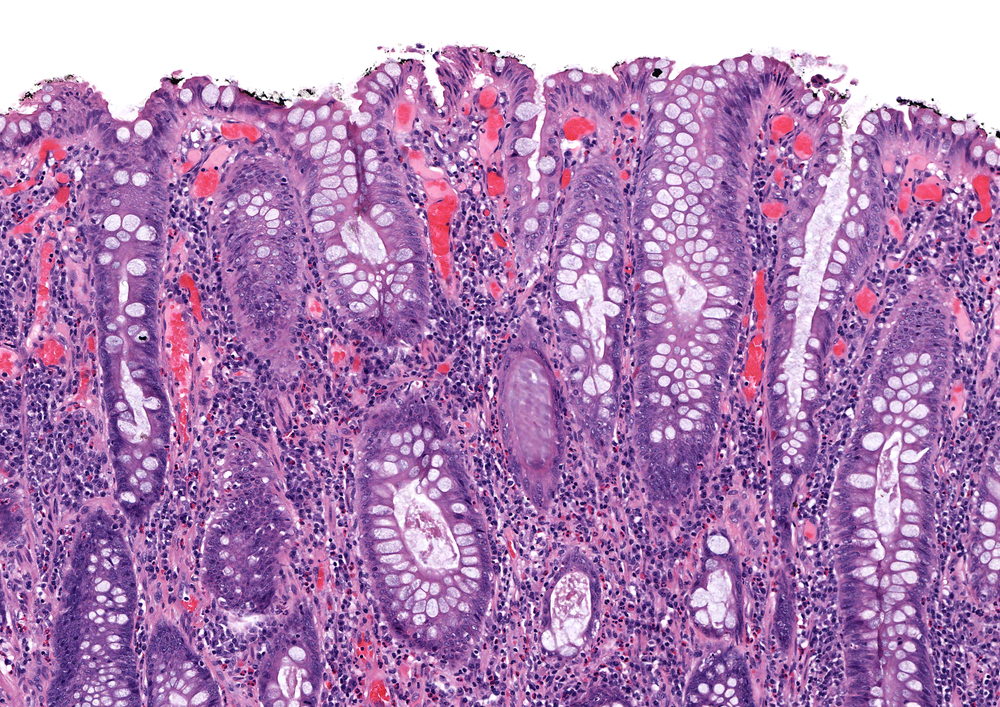 Purpose: “To investigate the effect of medical ozone treatment on the experimental acute distal colitis in rats.”(1)

Methods: “Eighteen rats were randomly distributed into three equal groups; control, acute distal colitis (ADC) without and with medical ozone treatment. Rats in the control group were taken saline. ADC was performed by rectal way with 4{e43154ce913794517af217fcab284b44cfe906ba9a1c4ba2ecde5a9be0395ec5} acetic acid in groups 2 and 3, and the group 3 was treated with medical ozone for three weeks both rectally and intraperitoneally. At the twenty second day the distal colons samples were obtained for malondialdehyde and myeloperoxidase, blood samples were obtained to measure the levels of TNF-α and IL-1β levels. Histolopatological examination was evaluated with Ki-67, IL-1β and VEGF immunostaining densities.” (1)

Results: “There was significant increase in tissue MDA, MPO activity, TNF-α and IL-1β after ozone administration. There was also a significant difference at immunostaining densities of histopathological examination.” (1)

Conclusion: “Medical ozone treatment ameliorated the experimental acute distal colitis induced by acetic acid in rats. Its possible effect is by means of decreasing inflammation, edema, and affecting the proliferation and the vascularization.” (1)

Furthermore the effect of O3 on acute distal colitis at peritonitis in rats and its treatment both via intraperitoneal and rectal route has not been studied before. The aim of this present study was to evaluate the effects of ozone theraphy on healing of distal colitis in a rat model.”(1)

“Preconditioning with O3 intraperitoneally and treatment with rectal route might protect the distal colon against distal colitis in rats induced by acetic acid by decreasing edema, inflammation affecting the proliferation and the vascularization at the tissue.” (1)